I’d Pay for Twitter If It Did One Thing Differently 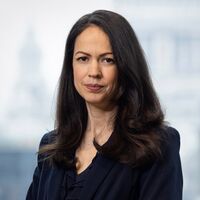 Twitter Inc. has expanded its paid-subscription service known as Twitter Blue to the U.S., allowing subscribers to undo tweets and more for $3 a month.

That is all very nice and will appeal to the site’s power users (think politicians, influencers and journalists), but the new features are pretty trivial. Twitter will still show inane personal updates and spam with the odd gem scattered here and there, leaving you feeling like you’ve inhaled a fast-food meal’s worth of empty calories after 30 minutes of scrolling. I’d happily pay Twitter if it would do one thing: hire more people to weed out the spammy content and harassment, and surface more useful tweets about topics I’m interested in. In other words, become more like a publisher than a tech company.