Despite the travails of celebrated managers, the industry is doing fine.
By 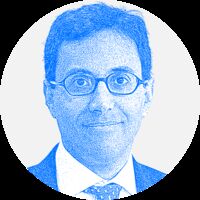 Hedge funds’ brightest lights have fallen on hard times, but don’t shed a tear for the industry just yet.

The list of once-revered-now-humbled hedge fund managers is growing. Alan Fournier is shutting Pennant Capital Management after nearly two decades, acknowledging that “recent returns have been disappointing.” David Einhorn’s main hedge fund at Greenlight Capital was down 14 percent in the first quarter  after a decline of 4.1 percent annually from 2015 to 2017. Pershing Square Capital Management’s Bill Ackman called his recent returns “particularly unsatisfactory,” and investors apparently agree. Ackman’s assets under management shrank to $8.2 billion as of March from $18.3 billion in 2015.