The slowdown in the producer price index may be good news for inflation, but corporate income statements probably won’t reap the benefits. 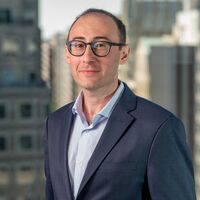 Wholesale price inflation measured by the producer price index eased to the slowest pace in more than a year in October, according to data released on Tuesday. But investors hoping that will translate into higher profit margins for the S&P 500 Index shouldn’t hold their breath: Margins are poised to remain constrained for several quarters and maybe longer.

First, consider the counterintuitively positive relationship between PPI and profit margins. As it has at other times in recent history, inflation has provided cover for many corporations to slip through price increases above and beyond their wholesale costs. During peak inflation, politicians portrayed this as a sign of unchecked corporate avarice (and, certainly, there’s a case for that, but I’ll be slightly more charitable here). Corporations were trying to pad their pockets one last time — in C-suite parlance, they were fulfilling their fiduciary duties to protect shareholders’ interests — in an overheating economy that many suspected was heading for recession. Those record margins that companies posted recently could well prove to be a last hurrah.