The founder of Bridgewater Associates, who is stepping back, helped usher in modern financial markets. 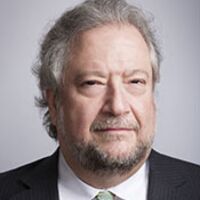 Alfred Winslow Jones founded the first hedge fund in 1949 for a few wealthy friends. Imitators came along, 140 by 1970 by one count, but George Soros founded the first of the great modern funds in 1970. Ten years later, Julian Robertson founded Tiger Management. Halfway in between, Ray Dalio opened Bridgewater Associates. Soros closed his fund to the public in 2011; Robertson died in August; and Ray Dalio just announced he is stepping back from Bridgewater.

These three pioneers still represent three stereotypes of hedge fund masters of the universe: Soros the bold gambler eager to play no-limit poker with governments and global financial institutions, trusting his backaches to warn him of danger, not his eyes or his brain; Robertson the great teacher, sending his Tiger cubs out to sort good companies from bad ones and build low-risk hedged portfolios; Dalio selling a process based on theory and quantitative methods that relied on diversification, not gambling, hedging or individual inspiration.