Consumer Credit Is Soaring in the US. So What?

Americans are borrowing at an unprecedented pace, but it’s way too soon to suggest it means they are having a tougher time making ends meet. 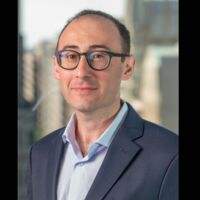 Americans have driven up their credit balances at a record pace this year. The doomsayers say this clearly shows that households are struggling in the face of the highest rates of inflation since the early 1980s and have no choice but to go into debt to make ends meet. The reality is not as dire. In fact, consumers’ finances are near the best shape ever, giving them a long runway until rising debt obligations become a problem.

It’s easy to understand the worry. Four of the biggest monthly jumps in consumer credit on record have come this year, with outstanding balances growing by an average of $33.1 billion a month over the past six months, according to Federal Reserve data. To put that in context the monthly average in all of 2019 was a little less than half that amount at $15.4 billion. The numbers are certainly shocking, but there are indications that they are mostly healthy and normal.