Economic woes, an energy crisis and now the death of the Queen: There is no shortage of emergencies that the new prime minister isn’t up to handling. 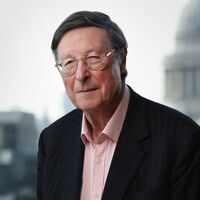 One of the most foolish traditional proverbs is “Cometh the hour, cometh the man” — in olden times, it was always a man. In truth, history shows that most often, instead of a Lincoln, Roosevelt, Churchill, Thatcher, De Gaulle or Nehru stepping up to the plate when disaster strikes, nations are obliged to meet the dark hour with inadequate, if not outright incompetent leaders.

So it seems in Britain now. A new prime minister has assumed office whom even her supporters fear unfit to engage the emergencies she faces. A whirlwind of misfortunes is sweeping the country: Energy price escalation on a scale that would bankrupt millions of people and tens of thousands of businesses if that new leader, Liz Truss, didn’t now promise vast state relief (which a mere week ago she dismissed as “handouts”); double-digit inflation; a stumbling economy; the Ukraine war; trade-union militance unseen for half a century; tottering public services.