HSBC, Citigroup and the End of Global Banking

Ping An’s campaign to break up the biggest British lender is the latest reminder that conquering the world is no longer a viable strategy. 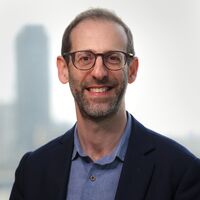 Marc Rubinstein is a former hedge fund manager. He is author of the weekly finance newsletter Net Interest. @MarcRuby
+ Get alerts for

Twenty years ago, as they returned from summer vacations, staff at HSBC Holdings Plc began moving into their gleaming new global headquarters in London’s Canary Wharf. Designed by Norman Foster, the building was one of two new towers to spring up on the skyline east of the City. The other was home to Citigroup Inc., whose employees had moved in a few months earlier. At the time, these were jointly the second-tallest buildings in the UK. They reflected the confidence of their occupants: each vying to be the biggest, most imposing bank in the world.

Two decades later, the buildings now stand as monuments to a bygone age. The global ambitions of both HSBC and Citigroup have been pared back, replaced by a narrower focus on core markets. HSBC has reduced the number of countries and territories in which it operates to 64 from 88. Its largest shareholder, China’s Ping An Insurance (Group) Co., has been agitating for a spinoff of its Asia operations. Last year, Citigroup announced its exit from 13 consumer markets across Asia, Europe and the Middle East and is trying to sell its Mexican business, Banamex.