How the Afghan War Was Lost, in Five Easy Steps

A conversation with writer and Marine Corps veteran Elliot Ackerman on combat tours, memorials, the perils of plywood and “The Catcher in the Rye.” 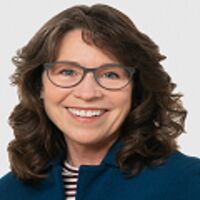 Kori Schake leads the foreign and defense policy team at the American Enterprise Institute.
+ Get alerts for

America’s abrupt abandonment of Afghanistan a year ago precipitated a humanitarian crisis and was a debacle for the Joe Biden administration; the president’s approval ratings plunged and have not recovered. Watching Kabul fall to the Taliban has also been a difficult experience for veterans who fought there.

Elliot Ackerman’s forthcoming book, “The Fifth Act: America’s End in Afghanistan,” is a searing condemnation of both the conduct and abandonment of the war effort. Ackerman, a former Marine Corps and CIA officer who served in Afghanistan and Iraq, is one of the most prolific and powerful figures of the current renaissance of writing among American military veterans. (He also the co-author, with Bloomberg Opinion columnist Admiral James Stavridis, of the bestseller “2034: A Novel of the Next World War.”)

“The Fifth Act” weaves together the languor of his family vacation in Italy with the urgency of attempting to get people out of Afghanistan and the regretful ruminations on the meaning of his service and the wars he fought in. Below is a lightly edited transcript of a recent chat with Ackerman about the book: