His attempted resignation comes at the worst possible time for the country. But the safest path for Italy is for him to stay put. 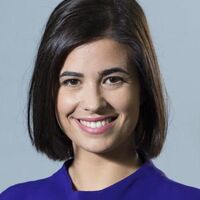 Maria Tadeo is the European correspondent for Bloomberg Television based in Brussels where she covers European politics, economics and NATO. @mariatad
+ Get alerts for

Much of Europe assumed Italy had ushered in a new dawn when Mario Draghi was appointed prime minister on Feb. 13, 2021. On Thursday, however, not quite a year and a half later, the Draghi era entered its twilight.

Draghi tendered his resignation after part of his coalition rebelled, abstaining in a vote he deemed crucial to remaining in office. President Sergio Mattarella rejected his attempt to quit and suggested Draghi test the waters for support next week by addressing lawmakers and explaining the crisis. That buys Draghi time and the possibility of avoiding a snap election by cobbling together an alternative coalition.