America should stop relying on a social solution to a persistent economic problem. 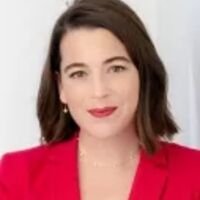 Kathryn A. Edwards Kathryn Anne Edwards is an economist at the Rand Corp. and a professor at the Pardee Rand Graduate School.
+ Get alerts for

For more than a quarter century, the U.S. government has been sending an unmistakable message to poor, single mothers: Get married. If America genuinely wants to address poverty and achieve gender equality, this has to change.

Readers can be forgiven for missing last year’s 25th anniversary of the Personal Responsibility and Work Opportunity Reconciliation Act, which proclaimed that “marriage is the foundation of a successful society” and fulfilled then-President Bill Clinton’s earlier campaign promise to “end welfare as we know it.” There wasn’t much to celebrate. A full generation later, the share of children in single-parent homes has increased, child poverty is mostly unchanged, and employment among unmarried (and married) mothers has plateaued.