China’s Smart Move Would Be to Push Putin to Peace

The EU and U.S. should make clear to Beijing that Russian recklessness is undermining its global objectives. 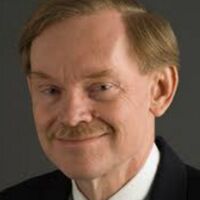 Robert Zoellick is a former president of the World Bank, U.S. trade representative and deputy secretary of state. He is the author of "America in the World: A History of U.S. Diplomacy and Foreign Policy.”
+ Get alerts for

No matter how Vladimir Putin’s invasion of Ukraine ends, China will determine whether the world freezes into a New Cold War. So far, Beijing — and its declared “no limits” partnership with Moscow — has failed to recognize the dangers that the Russian president’s wrecking-ball strategy poses to its own interests.

The best chance to end the bloodshed in Ukraine may lie in China pushing its Russian ally toward the negotiating table. The Western allies, especially the European Union, should try to persuade Beijing to do so.