What a Bollywood Megastar Means for Women in India

Shah Rukh Khan represents an ideal of personal freedom that hasn’t advanced for women despite economic growth, and is even worse since the pandemic. 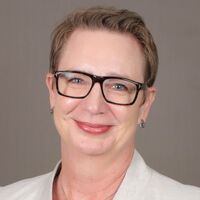 Tens of millions of women have disappeared from the workforce in India over the last decade. That’s before Covid-19 worsened female employment prospects by displacing another 6.7 million from their jobs. So how did India — which until the pandemic hit was one of the world’s fastest-growing large economies — fail to increase women’s participation in line with that expansion?

In a new book, economist Shrayana Bhattacharya has used the career of Bollywood leading-man Shah Rukh Khan to emphasize the barriers that prevent women from stepping outside the home and into the workplace. They include safety concerns, family pressures, the burden of housework and inter-generational care, and a chronic underinvestment in child care. Khan, whose fame extends far beyond India to South Asia’s vast diaspora and into the Middle East and North Africa — he even has an orchid named for him in Singapore — exhibits a freedom of choice and movement that women can only dream of. As Bhattacharya writes in “Desperately Seeking Shah Rukh,” women don’t want to marry Khan. They want to be him.