Three young men were on top of the world one September morning. 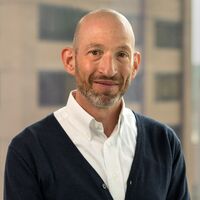 David Shipley was senior executive editor of Bloomberg Opinion. He was previously deputy editorial page editor and op-ed page editor of the New York Times and served in the Clinton administration as special assistant to the president and senior presidential speechwriter. He is coauthor of “Send,” a guide to email. @davidjshipley
+ Get alerts for

Twenty years ago, on Sept. 11, 2001, at 8:46 a.m., American Airlines Flight 11 from Boston tore into One World Trade Center, the North Tower, hitting between the 93rd and 99th floors. Just above, on the 106th and 107th floors, was Windows on the World, the Trade Center’s landmark restaurant with views that encompassed New York City. There that morning for a conference were three employees from Bloomberg — Peter Alderman, Bill Kelly and Paul Ortiz. They were among the nearly 3,000 people who died on Sept. 11, more than 1,400 of whom were in the North Tower.

No one who was at Windows that morning survived. Escape was cut off from above and below. A phone call to emergency operators from Christopher Hanley, a conference attendee, tells part of the story.