The Fed Has a Chance to Boost Equality With Digital Currency

The central bank must focus not only how it would impact the transmission of monetary policy, but also on ensuring that it improves economic opportunity. 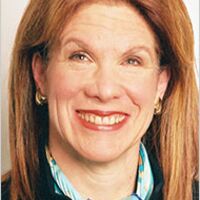 Karen Petrou is the managing partner of Federal Financial Analytics Inc., a financial services consulting firm. She is the author of "Engine of Inequality: The Fed and the Future of Wealth in America." @KarenPetrou
+ Get alerts for

On Aug. 15, the U.S. marked the 50th anniversary of the birth of fiat currency, or a currency that depends on faith in the Federal Reserve and not in the gold standard. Like most 50th anniversaries, this one shows the celebrant worse for wear.

The "almighty dollar" is facing a raft of challenges from other supra-national currency powerhouses such as China and from giant technology companies that understand they would exercise even more market clout if they controlled not just what we buy and sell, but also how we pay for it. If the Fed doesn't quickly redefine the dollar to reflect its rapid digitalization by other hands, central banks will join shopping malls on the long list of complacent category killers felled by agile competitors.