America Needs to Grow Much Faster

The latest Census figures show the U.S. is growing too slowly to remain internationally competitive. 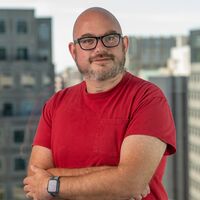 Matthew Yglesias is a columnist for Bloomberg Opinion. A co-founder of and former columnist for Vox, he writes the Slow Boring blog and newsletter. He is author, most recently, of “One Billion Americans.” @mattyglesias
+ Get alerts for

Last year I published a book titled “One Billion Americans,” recommending pretty much that. This week the Census made it official: There are only 331,449,281 Americans.

The argument of my book — the title, to be clear, is aspirational — is that the U.S. should aim for more rapid population growth so it can better compete internationally, especially with China. And while the Census data shows the U.S. had the slowest population growth rate since the 1930s, as fewer immigrants arrive and the birthrate continues nearly 30 years of steady decline, my thesis still holds.