Skip to content
Subscriber Only
Opinion
Thomas B. Griffith

A person of faith can be an impartial judge. 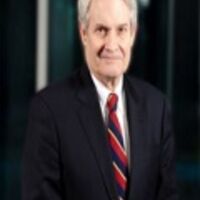 Thomas B. Griffith was a judge on the U.S. Court of Appeals for the D.C. Circuit from 2005 to 2020. Formerly the nonpartisan legal counsel for the U.S. Senate, he is currently a senior adviser at the National Institute for Civil Discourse and a lecturer on law at Harvard University and the University of Virginia.
+ Get alerts for

Judge Amy Coney Barrett’s nomination to the Supreme Court has made her devout Catholic faith a matter of public debate. While some of that debate has bordered on anti-Catholic bigotry, other commentary suggests that citizens simply want to know whether Barrett’s faith would influence her decisions as a justice. I see no reason to think that it would.

Let me start with my own experience as a person of faith who served on the U.S. Court of Appeals for the D.C. Circuit for 15 years. During those years, I gave dozens of talks at law schools, colleges and universities. The biographical introduction that typically preceded my remarks unavoidably announced my religious commitments. Before becoming a judge, I had been the general counsel of a prominent religious university, published on religious themes, and even taught courses in scriptural studies and theology.