Congress should make sure that strong oversight bodies are monitoring the coronavirus relief programs. A 2008 crisis veteran remembers what went wrong (and right). 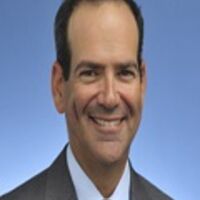 Neil Barofsky, the former special inspector general for the Troubled Asset Relief Program, is a partner at Jenner & Block. @neilbarofsky
+ Get alerts for

The U.S. is about to enact an even larger and more encompassing bailout than the one I helped oversee as the special inspector general of the Troubled Asset Relief Program in 2008. That means Americans will once again have to grapple with the inherent unfairness of letting the government pick winners and losers, along with the potential for fraud and scandal that always accompanies the distribution of so much money in such a short time.

I’ve been one of many critics of the policy failures of the previous bailout. But let’s not forget that strong and effective oversight was one of the clear successes of the 2008 program — or the painful lessons it taught.