A Tennis-Ball-Sized Diamond Is the Ultimate Status Symbol

Just as the French luxury giant adds Tiffany & Co. to its stable, it scores more than a marketing coup with a diamond deal that's out of this world. 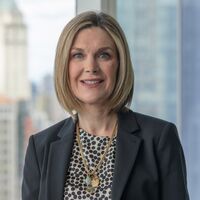 If you have to ask the price, you can’t afford it. No wonder Bernard Arnault, France’s richest man, isn’t disclosing the details of LVMH Moet Hennessy Louis Vuitton SE’s deal to carve up the second-biggest diamond ever recorded in the history books.

On Thursday, Lucara Diamond Corp. said it had entered into a collaboration with LVMH that will see the 1,758-carat Sewelo diamond, which is roughly the size of a tennis ball, turned into Louis Vuitton jewelry. The stone’s name means “rare find.” LVMH is probably one of the few luxury groups that could pull off such a coup.