William Barr Is Making It Harder to Protect the 2020 Election

Russian interference is coming, and the attorney general is insufficiently concerned about it. 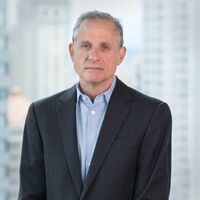 Francis Wilkinson is a Bloomberg Opinion columnist covering U.S. politics and policy. Previously, he was an editor for the Week, a writer for Rolling Stone, a communications consultant and a political media strategist. @fdwilkinson
+ Get alerts for

The attorney general of the United States is commonly described as the nation’s “chief law enforcement officer.” Yet the current attorney general, William Barr, seems to have a pronounced aversion to enforcing certain laws.

Since February, when he became attorney general for the second time in his long career, Barr’s most notable priority has been undermining his own department’s investigation into Russian interference in the 2016 election. Now news reports suggest that Barr contests the conclusion of a report by the Justice Department inspector general that the investigation was justified.