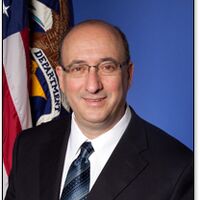 David Michaels is a professor at the Milken Institute School of Public Health at George Washington University. He served as assistant secretary of labor for the Occupational Safety and Health Administration from 2009 to 2017, and is the author of the forthcoming book "The Triumph of Doubt: Dark Money and the Science of Deception." @drdavidmichaels
+ Get alerts for

A new movie, “Dark Waters,” shines a bright light on a group of dangerous chemicals that are likely in your bloodstream right now. It tells the true story of a polluter that manipulated research and kept evidence hidden from the public – and shows just how crucial it is that scientific evidence be produced by researchers free of conflicts of interest.

The chemicals that drive the film’s drama, known as PFAS, are remarkably effective at repelling water and oil. They’re used to make familiar products such as Teflon, Scotchgard and Gore-Tex, and are found in the coating of pizza boxes and microwave-popcorn bags. Unfortunately, in recent years, they’ve also gained attention for their links to cancer, liver and thyroid disease, increased cholesterol, and depressed fertility. They’ve been found in the blood of almost every American ever tested, and they contaminate the water in communities across the U.S.