Advances in technology and a growing global savings glut are pushing inflation and bond yields lower. 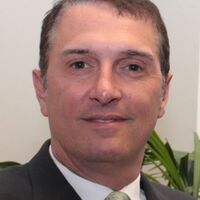 It’s been a decade since the worst financial crisis since the Great Depression, and yet here we are in a world where the highest government bond yield starts with the number “2.” Among the world’s major developed economies, only the English speaking countries – the U.S., U.K., Canada, New Zealand and Australia - still have monetary policy rates above zero. But there is more to low yields than monetary policy rates, and those factors are likely to stay in place for an extended period.