How China Can Pacify Its Ungovernable City 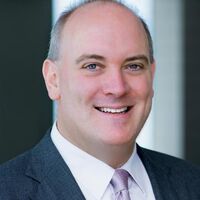 Antony Dapiran is a Hong Kong-based lawyer and the author of "City of Protest: A Recent History of Dissent in Hong Kong." @antd
+ Get alerts for

Many assume that Beijing’s response to the latest round of protests in Hong Kong will be to clamp down on the city. This is a reasonable assumption. Missing from the discussion, though, is how it would benefit both Hong Kong and China if the country’s leaders opted for a more moderate course in dealing with the city’s pro-democracy forces. After all, it has done so before – and with some success.

Beijing has taken a hard-line approach to the city since the Umbrella Movement of 2014, constraining the freedoms that were promised under the “ One Country, Two Systems” formula that saw Hong Kong return to Chinese sovereignty in 1997.  Hong Kong's fraught model of what Hong Kong’s last British governor, Chris Patten, famously referred to as "liberty without democracy" was supposed to balance the competing desire of the Hong Kong people for rights and freedoms with that of Beijing for control, but it has only succeeded in making the territory effectively ungovernable.