Elite High Schools Can Be Both Exclusive and Inclusive

Rigorous admission policies don’t have to keep out black students. Look, New York: Here’s how Chicago does it. 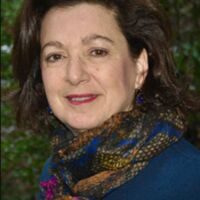 Andrea Gabor, a former editor at Business Week and U.S. News & World Report, is the Bloomberg chair of business journalism at Baruch College of the City University of New York and the author of "After the Education Wars: How Smart Schools Upend the Business of Reform." @aagabor
+ Get alerts for

New York City is riveted once again by the latest episode in a long-running drama: a dispute over admissions to the city’s most elite public high schools.

Mayor Bill de Blasio’s proposal to scrap the specialized entrance exams reignited the debate in March, when only seven black students — the lowest number in years — were among the 895 winning a place in the freshman class at Stuyvesant, the city’s most selective public high school.