The Brexit That Wasn’t: Theme of the Week 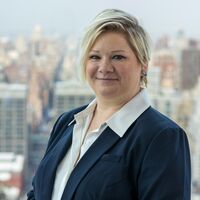 Brooke Sample is an editor for Bloomberg Opinion. She was previously an editor at Euromoney Institutional Investor. @Brooke_Sample
+ Get alerts for

Maybe it’s OK to start panicking: Brexit — which was supposed to happen Friday — somehow managed to go completely off the rails this week. Prime Minister Theresa May’s deal to leave the European Union was rejected once again, and the possibility of an early general election now looms for the U.K. A no-deal exit is now a “likely scenario,” according to the European Commission, which has set an emergency meeting for April 10. And the option of an extension — either a long one or another short one — remains on the table, but businesses are feeling the pain from the blown deadline. Here’s what Bloomberg Opinion writers had to say about it.

What Comes After a Chaotic Week in Brexit? – Therese Raphael