Europe Protects Itself From Trump’s Caprice

The ‘special purpose vehicle’ for Iran is a strike for greater economic sovereignty. 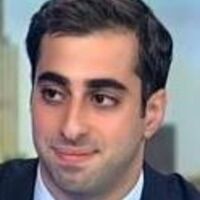 Esfandyar Batmanghelidj is the founder of Bourse & Bazaar, a media company that supports business diplomacy between Europe and Iran through publishing, events and research.
+ Get alerts for

It’s been a surprisingly short time in coming. It was only last September that Federica Mogherini, the European Union’s high representative for foreign affairs, announced that the European parties to the Iranian nuclear deal—formally known as the Joint Comprehensive Plan of Action—would establish an a special purpose vehicle to “assist and reassure economic operators pursuing legitimate business with Iran,” giving them a route around secondary sanctions imposed by the Trump administration.

Just four months later, France, Germany, and the United Kingdom are ready to launch the much-anticipated SPV, a first-of-its-kind state-owned trade intermediary. It will initially facilitate what French Foreign Minister Jean-Yves Le Drian has described as trade in “essential goods”—mostly European exports of food and medicine to Iran. These, although not technically sanctioned by the U.S., have been restricted by the reluctance of European banks to facilitate payments for fear of American retribution.