How to Make the Global Economy Work for Everyone

A period of unprecedented prosperity is threatened by a sense that not everyone benefits from integration. 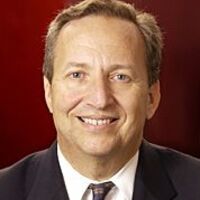 Lawrence H. Summers is a Harvard professor and former U.S. Treasury secretary. @LHSummers
+ Get alerts for

Since the end of World War II, a broad consensus in support of global economic integration as a force for peace and prosperity has been a pillar of the international order. Since the fall of the Berlin Wall a generation ago, the power of markets in promoting economic progress has been universally recognized. From global trade agreements to the European Union project; from the Bretton Woods institutions to the removal of pervasive capital controls; from expanded foreign direct investment to increased flows of peoples across borders, the direction has been clear. Driven by domestic economic progress, by integrative technologies such as container shipping and the internet, and by legislative changes within and between nations, the world has grown smaller and more closely connected.

This has proved more successful than could reasonably have been hoped. We have not seen a war between leading powers. Global living standards have risen faster than at any point in history. And material progress has coincided with even more rapid progress in combating hunger, empowering women, promoting literacy and extending life. Every single day since 1990 there were an average of 108,000 fewer people in extreme poverty. Since the beginning of the 21st century, global life expectancy has increased by more than four months a year. A world that will have more smartphones than adults within a few years is a world in which more is possible for more people than ever before.