If Iran Gets Back to Nukes, Israel Is Better Prepared to Strike 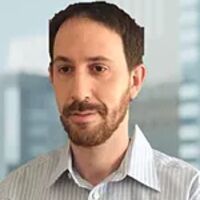 Ilan Jonas is the chief executive of Prime Source, a Tel Aviv-based political risk consultancy, and was chief of staff to former Foreign Minister Tzipi Livni.
+ Get alerts for

In September 2012, standing at the podium before the United Nations General Assembly, Prime Minister Benjamin Netanyahu of Israel made one of the forum’s more memorable appearances while holding up a placard showing a cartoon-like bomb. “At this late hour, there is only one way to peacefully prevent Iran from getting atomic bombs — that’s by placing a clear red line on Iran’s nuclear program,” Netanyahu said. Then he drew a red line on the diagram just under the words “Final Stage.”

It’s an image we should bear in mind as the fate of the Iran nuclear deal hangs in the balance.