Oil's Surge Is Mainly About Demand, Not OPEC

The next move in the price of crude will probably hinge on U.S. consumers and the global economy.
By 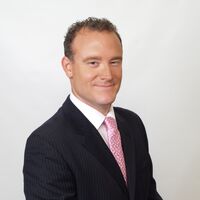 U.S. President Donald Trump took to Twitter late last week to seemingly blame OPEC for making oil prices “artificially Very High.” The reality is that the reason the price of a barrel of oil is flirting with the $70 level is less about OPEC and more about demand.

There is one rule about commodities that people forget, which is that they are bought and not sold. The next moves in crude prices are equally unlikely to be forged by the hands of OPEC, but instead will probably hinge on the strength of U.S. consumers and the health of the global economy. The recent surge in oil prices follows a trend pattern of rising prices since early 2016, which was driven by global growth dynamics. The manufacturing recession in China pummeled crude from late 2014 through early 2016. What followed was a global economic expansion accompanied by a rise in oil demand and prices.