How Unions Can Survive a Supreme Court Defeat

The demise of "fair-share" rules could cripple organized labor. Here's a viable alternative.
By 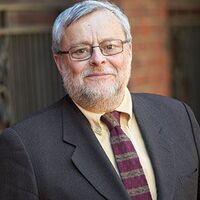 Samuel Estreicher is a law professor at New York University and director of its Center for Labor and Employment Law.
+ Get alerts for

This spring, the Supreme Court will decide a case with far-reaching consequences for the future of public-sector unions in America. In Janus v. AFSCME, the court is weighing whether state governments can require public employees represented by labor unions to pay the fair share of the costs of such representation. Based on the oral argument before the court this week, there’s a strong possibility that a majority of the Justices will strike down these “fair share” laws -- and in the process deal a heavy blow to organized labor and its political allies.

To avoid a fatal erosion of their funding base, public-sector unions need a new strategy. Their best bet is to allow those employees who don’t want to pay their fair share to give their money to a charity of their choosing.