Obamacare greatly expanded the number of beneficiaries, many of whom could be expected to work.
By 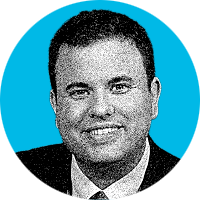