It's Not ETFs That Need Testing. It's Investors

The notion that investors will be stuck in the funds in times of turmoil when the rest of the market is trading is false.
By 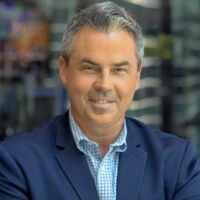 Eric Balchunas is an analyst at Bloomberg Intelligence focused on exchange-traded funds. @EricBalchunas
+ Get alerts for

The latest misdirected attack on exchange-traded funds centers on the assumption that they haven’t been tested in times of severe market stress. The issue has taken on more relevance as many brace for a correction in equities with the long bull run leaving valuations stretched.

This is yet another claim that can easily be refuted with some data, but I get why the myth exists. ETFs have gotten a lot of media coverage lately, so they probably seem new to many people. But they’ve been around for 25 years.

Since then, there’s been some $210 trillion of ETF shares traded, according to the New York Stock Exchange. With an estimated average trade size of about $22,000, that breaks down to just under 10 billion individual trades. In terms of customers served, those are McDonald's-level numbers. ETFs have survived the bursting of the internet bubble, Sept. 11, 2001, the worst financial crisis since the Great Depression, flash crashes, the Federal Reserve-induced "Taper Tantrum" of 2013, the U.K.'s "Brexit," Donald Trump's surprise presidential election win, and all sorts of minor market spasms and exchange glitches. The structure is durable.