What TaskRabbit's Fate Says About Sharing

So much for the utopian ideal.
By 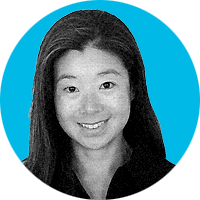 I can't help but feel disappointed that TaskRabbit, the San Francisco-based startup and "sharing economy" pioneer, has agreed to become a unit of Ikea. Although the company has tried to cast the deal as an expansion opportunity, this outcome is a far cry from the lofty expectations of its early days.

TaskRabbit's fate illustrates Silicon Valley's unbounded idealism when it comes to optimizing everything. The company was a catalyst for "collaborative consumption," a movement in which everyone would share their homes, their vehicles and their time. In a seminal TED talk, Rachel Botsman declared that the currency of the new economy was trust, not money. PwC predicted that TaskRabbit and its sharing economy peers would comprise a $335 billion market by 2025.