Qatar Warms Up to Iran on Natural Gas

A Saudi-led blockade has pushed the emirate closer to its big northern neighbor.
By 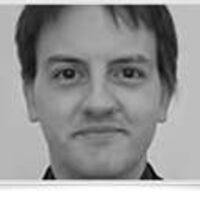 Robin M. Mills is CEO of Qamar Energy and author of "The Myth of the Oil Crisis." @robinenergy
+ Get alerts for

The world’s biggest gas field lies between Qatar and Iran, and the half-competitive, half-cooperative race to exploit it has taken a new turn. For both countries, this enormous resource is also a source of political power. Now, with the emirate at odds with Tehran’s foe, Saudi Arabia, its tacit cooperation with Iran is gaining, even as the two are set to compete more intensely in gas markets.

In 1971, Shell first drilled into what became Qatar’s North Field and was disappointed to find not oil, but gas, though in vast quantities. The country was only a modest oil producer with a tiny domestic and regional energy market. Through the 1980s and 1990s, it struggled to develop a liquefied natural gas project to export to Asia, but with low global energy prices, a cost-cutting BP gave up and Mobil took over. The emir, Sheikh Hamad bin Khalifa Al Thani, who took power from his cautious father in a bloodless coup in 1995, was keen to press ahead.