When it comes to interest rates, anticipating the need for change is better than reacting to events after they occur.
By 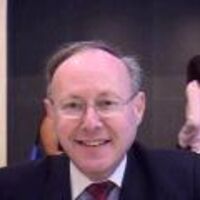 Charles Lieberman is chief investment officer and founding member at Advisors Capital Management LLC. He may have a stake in the areas he writes about.
+ Get alerts for

Recent public statements by some Federal Reserve officials were extremely disturbing, suggesting a backward-looking approach to policy decisions. In effect, these officials expressed support for the notion that interest-rate hikes should wait for inflation to hit the 2 percent target before any further increases. Such an approach ensures that the central bank’s policy will be late in containing faster inflation when it happens. It is far better to anticipate the need for change than to react to events after they have occurred.

Public statements by Neel Kashkari, president of the Minneapolis Fed, James Bullard, of St. Louis, and Chicago’s Charles Evans, suggest there should be no rate increases as long as inflation isn’t accelerating. (Kashkari goes further, as he has dissented from both of the Fed’s last hike decisions.) In each instance, a case was made that inflation is still benign and that no rate increase is justified until inflation pressures become overtly manifest. Instead, these policy makers wish to maintain low rates for as long as possible to promote job and economic growth, even as the unemployment rate is at exceptionally low levels. Each approach has risks, so let’s consider both.