A new forecast has wind and solar power putting fossil fuels on the path to extinction.
By 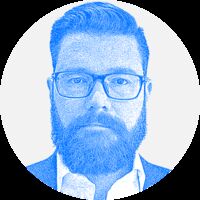 Bloomberg New Energy Finance has just published its fourth annual New Energy Outlook, a comprehensive forecast of the power industry from now to 2040. And every year, it is full of wonders. First among them for 2017 is an extraordinary showing for solar energy technology. Electricity’s future is sunny -- and windy, too -- to the tune of trillions of dollars of new investment.

According to the latest report, $10.2 trillion in power generation technologies will be invested worldwide in the next two decades, of which almost three-quarters will flow into renewable generation sources. Wind power will garner more than $3 trillion, and solar power will attract more than $2.5 trillion. Nuclear power and hydroelectricity will each get more than $1 trillion in new investment, but gas will only draw $804 billion, and coal even less -- $664 billion.