When the Raider's Ace Is a Fair Bid

Vivendi can come up with the cash for Ubisoft, if it wants to.
By 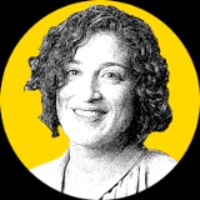 Leila Abboud is a former Bloomberg Gadfly columnist. @labboudles
+ Get alerts for

If billionaire Vincent Bollore wants to get his hands on video game maker Ubisoft Entertainment SA after nearly two years of trying, he should just pay up.

Bloomberg News reported on Thursday that Vivendi was weighing a hostile bid for the 75 percent of Ubisoft it does not already own. Offering an attractive premium on the share price is the only way Vivendi can win over shareholders and neutralize the founding Guillemot family's opposition, given that they still own 13 percent of the shares and 19.4 percent of voting rights. This approach would be a departure from his track record as a corporate raider who seizes control of companies by taking minority positions on the cheap.