America Can Spin the Oil World on Its Axis

The government can provide incentives, as oil and natural gas production is not just a matter of economics, but of national security as well.
By 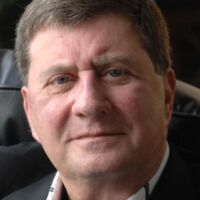 Mark Grant is the Chief Global Strategist at the investment bank, Colliers Securities LLC
+ Get alerts for

For OPEC, Russia and others that have lived off oil (and little else) for decades, the worst-case scenario is about to become the present-tense scenario. America has discovered the magic beanstalk, and it is named “shale oil production.” The U.S. now has the ability to not only be energy self-dependent but to become a major exporter of oil and natural gas and spin the world on its axis. America now owns the magic beans, and all it needs to do is plant them and water them with care.