The Real Problem With Productivity Is Measuring It

The impact of a Google or Waze isn't factored into productivity data. It should be.
By 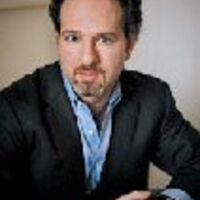 Zachary Karabell is the head of global strategies at Envestnet Inc. He is the author of “The Leading Indicators: A Short History of the Numbers That Rule Our World." @zacharykarabell
+ Get alerts for

When it comes to productivity, only two things are undebatable: that the official rate of U.S. productivity growth has stalled since at least 2007, having started to slow before then, and that there is no consensus about why or what to do about it. There is, additionally, some broad consensus that without stronger productivity growth going forward, standards of living for the vast majority of Americans will not improve appreciably, which is likely to fuel the current wave of populist discontent.

One explanation, however, is increasingly popular even as it faces considerable skepticism among economists and policymakers: that the problem is less about productivity than about our inability to measure the effect of the digital and now data revolution that has redefined the American economy. In short, there is a growing chasm between what our economic system is and what our numbers are capable of measuring.