Buying small upstarts like Bonobos hasn't moved the needle in the past.
By 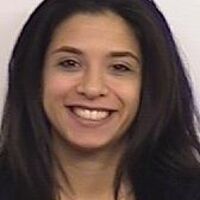 Shelly Banjo covers technology for Bloomberg in Asia, with a focus on China. She previously was a columnist for Bloomberg Gadfly and a reporter at The Wall Street Journal. @sbanjo
+ Get alerts for

If you'd asked the founders of Bonobos a decade ago what their company would look like 10 years hence, it's unlikely getting gobbled up by Wal-Mart Stores Inc. would have been part of the picture.

The hip menswear brand -- which began selling pants from a Manhattan apartment and whose physical stores don't actually offer any items for sale -- doesn't exactly fit with Walmart, which predominantly sells groceries and gets 97 percent of its sales from brick-and-mortar locations. But the retailing giant has reportedly offered $300 million to buy Bonobos.