How the U.S. Can Prepare for the Coming Gaza War

Israel will need strong public support; the Palestinian people will need food and other aid.
By 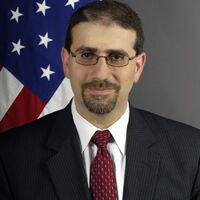 Daniel Shapiro, who served as U.S. ambassador to Israel under President Barack Obama, is a Distinguished Visiting Fellow at the Institute for National Security Studies at Tel Aviv University. @DanielBShapiro
+ Get alerts for

The next conflict in the tragic Gaza saga is around the corner. Hamas leaders speak openly of their commitment to armed struggle against Israel. The director of Israel’s Shin Bet describes a near-constant battle to foil Hamas terrorist attacks in the West Bank, any one of which, if successful, could be the match that reignites the Gaza fire.

While no effort should be spared to prevent another round of violence, we should not be caught flat-footed when it starts. As U.S. ambassador to Israel, I took part in the ceasefire negotiations that ended both the 2012 and 2014 conflicts. These experiences offer lessons on how to contain and stop the violence when it starts, and to prevent it from beginning anew.