The partnership between Saudi Arabia and Asia has been gaining in importance over the last decade.
By 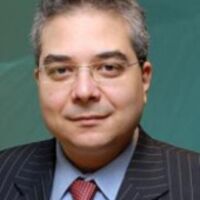 John Sfakianakis is director of economic research at the Gulf Research Center.
+ Get alerts for

King Salman bin Abdulaziz's trip to Asia has been characterized as either a routine visit to bolster the already strong trading ties between Saudi Arabia and Asia, an effort to diversify ties away from the U.S. or as a way to attract investments into Saudi Arabia and promote its own. The reality is that it's a combination of all the above. Yes, oil is an important part of the story, but not the only part.

About two-thirds of Saudi Arabia's oil exports end up in Asia. The perception in the Middle East is that the U.S. in recent years has de-emphasized the region while initiating a type of rapprochement with Iran. By initiating investment deals with Malaysia, Indonesia, Japan and China, Saudi Arabia is hoping to spark reciprocity and presence in Asia. The partnership between Saudi Arabia and Asia has been gaining in importance over the last decade, and strengthened in 2016 when Asia overtook the European Union to become the largest trading partner with the Gulf Cooperation Council.

Japan imports 83 percent of its oil from the Gulf, with more than a third sourced from Saudi Arabia. Both countries enjoy excellent diplomatic ties that date back to 1938 when Saudi envoys visited the country for the opening of a mosque in Tokyo. The Toyota Land Cruiser is the best-selling and most celebrated SUV in Saudi Arabia, and Toyota Motor was asked again to launch a feasibility study to produce certain vehicles in the nation.