The Quiet Bear Market in Bonds

Don't be fooled by last week's rally. The math no longer works for bonds.
By 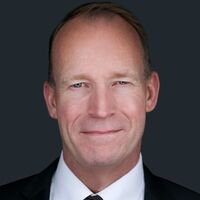 Ben Emons is a Senior portfolio manager and head of FI/Macro strategy at NewEdge Wealth. Previously, he was a Managing Director at Medley Advisors and held roles of Head Credit Portfolio Management at Intellectus Partners and portfolio manager at PIMCO and Nuveen Investments. The opinions expressed are his own. @Marcomadness2
+ Get alerts for

Don't be fooled by the surprising rally in bonds after the Federal Reserve raised interest rates and signaled that at least two more increases are likely to happen before the year is over. The quiet bear market that has been under way since yields bottomed in mid-2016 is alive and well.

The way to think about this bear market is not in terms of yield levels, which remain relatively low on an absolute basis, but rather in terms of expected returns. It's on that basis that investors face a trifecta of worrisome metrics that should curb gains going forward: rising forward rates, flat yield curves and low term premiums.