The airline's ticket sales don't cover its operating expenses. Investors should assume the brace position.
By 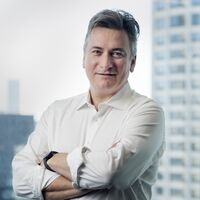 Cathay Pacific Airways Ltd. is in a state.

Its shares have fallen 27 percent since Chief Executive Officer Ivan Chu took over in 2014, and the carrier Wednesday reported a HK$575 million ($74 million) loss, its first on an annual basis since 2008. Five months after the company junked its earnings forecast and announced a "critical review" to turn the business around, there were no details about how this would be achieved beyond an alarmingly banal aspiration to increase revenue and reduce costs.