Preparing for Frexit.
By 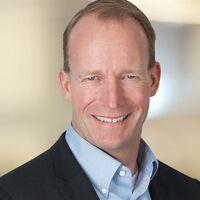 Markets trade in the probability of certain events happening. In case an event has high risk, a “tail” is priced in. Those tail risks typically show up in certain corners of the markets. Today, tail risks are priced in for a potential unexpected outcome in the French elections. That tail risk is on the rise now that polls of the second round of voting indicate a tight race between center candidate Emmanuel Macron and the far-right candidate Marine Le Pen.

Tail risks can be viewed in a linear way. For example, the German 2-year bond ("Schatze") reached an all-time negative yield of -92 basis points when Le Pen recently gained in the polls. As a result, the German 2-year yield became negatively correlated with the price of French bonds and stocks. A generic view is that German bonds are a reflection of the “tail risk” that Le Pen is victorious. However, there are technical reasons to explain the fall of German 2-year bonds. Those technicalities are a scarcity of German bond collateral in the repurchase market and the European Central Bank's purchase of German bonds yielding less than the deposit rate. This is what makes the 2-year German bond “overvalued” and therefore not as accurate a reflection of the true tail risk in France. There are other areas in markets that provide a better idea of how much of a Le Pen win is priced in.