Beware the Foreign Exodus From Treasuries

Many countries need the money now and are cashing out.
By 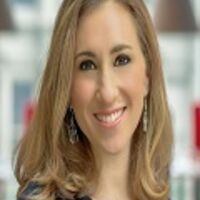 Lisa Abramowicz is a co-host of "Bloomberg Surveillance" on Bloomberg TV. @lisaabramowicz1
+ Get alerts for

The biggest foreign buyers of U.S. government bonds are quickly retreating after years of absorbing record amounts of the securities.

This is an important dynamic to understand when looking at the potential fate of the $13.6 trillion Treasury market in 2017. It's hard to see how these bonds can significantly rally, even in the face of bad news, given the exodus of foreign central banks from the U.S. government-debt market.

Big foreign holders sold Treasuries in October at the fastest pace for a month since 2000. China has cut its holdings to the lowest since 2010, while Japan and Brazil have also steadily liquidated their stockpiles.