Why 'To Kill a Mockingbird' Endures

Harper Lee's dated classic isn't serious literature. It survives because the author creates a moral classroom for distracted students.
By 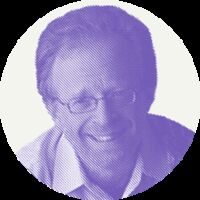 Sam Tanenhaus, the author of “The Death of Conservatism” and “Whittaker Chambers,” is working on a biography of William F. Buckley Jr. He was editor of the New York Times Book Review from 2004 to 2013.
+ Get alerts for

Until a week or so ago, Harper Lee was the model of literary reticence. In the 55 years since the publication of her “To Kill a Mockingbird,” she had settled into silence, firmly resisting the pleas of her many admirers for a second book.

All that changed when her publisher, News Corp.'s Harper Collins, said it would publish a new novel by Lee in July in a colossal first printing of 2 million. The number could increase. Ten days after the announcement, the book, titled “Go Set a Watchman,” was still No. 1 on the Amazon list, ahead of both “American Sniper” and “Fifty Shades of Grey.” Lee, who is now 88, and her estate and her publisher are all about to get much richer.