Chinese Premier Is Loaded for Bear

"I can promise everyone honestly and solemnly, there won’t be a hard landing," Chinese Premier Li Keqiang says.
By 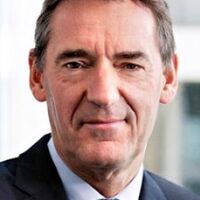 Jim O'Neill worked for Goldman Sachs Group Inc. from 1995 until April 2013, serving most recently as chairman of Goldman Sachs Asset Management, and as the firm's chief economist from 2001 to 2011. Before joining Goldman Sachs, he was head of global research at Swiss Bank Corp.
+ Get alerts for

China's Premier Li Keqiang has been visiting the U.K. this week and competing for headlines with Wayne Rooney. He's done surprisingly well, too. Full marks to the government for giving its guest from Beijing an impressive reception, almost as if soccer was just a game. The message that China really, really matters as an economic partner may finally be getting through.

Li was granted a meeting with the queen, an honor rarely bestowed on deputy leaders. The government also announced a change in the U.K.'s policy on visas for Chinese visitors -- which will be much to the U.K.'s advantage, given the surge in Chinese tourism.