Exporting U.S. gas would only help Vladimir Putin.
By 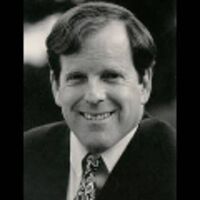 Carl Pope is a former chairman of the Sierra Club and the coauthor, with Michael R. Bloomberg, of "Climate of Hope."
+ Get alerts for

Ever since the crisis in Ukraine began, oil and gas interests have been arguing that the U.S. could roll back the Russian incursion in Crimea if only we "fast-track" U.S. exports of liquefied natural gas.

There is an easy logic to this argument -- provided you ignore some awkward arithmetic. Russia has been selling gas to Ukraine at the bargain price of about $7.50 per million British thermal units. Germany, by contrast, pays about $11. Meanwhile, gas in Oklahoma costs around $6, suggesting U.S. producers could beat OAO Gazprom's price.