Raising the minimum wage will likely hurt employment, something the editorial writers at the New York Times don't seem to understand.
By 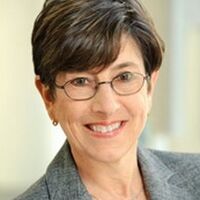 Caroline Baum, a columnist for Bloomberg News since 1998, is the author of "Just What I Said: Bloomberg Economics Columnist Takes on Bonds, Banks, Budgets and Bubbles." @cabaum1
+ Get alerts for

"In March, every Republican in the House voted against a measure to raise the minimum wage. `When you raise the price of employment, guess what happens? You get less of it,' said Speaker John Boehner in February, espousing a party-line theory that most economists agree has been discredited." -- New York Times editorial, Jan. 2, 2014.

This is one of the more outrageous political statements dressed up as economic theory from the editorial board of the New York Times. They should be ashamed of themselves.