Skip to content
Subscriber Only
Opinion
Fouad A Ajami

The Kurds Get a Second Chance in Syria 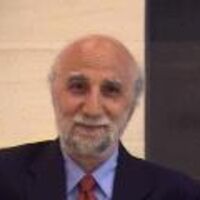 Fouad A Ajami writes for Bloomberg.
+ Get alerts for

More than 200,000 Syrian Kurdish refugees have moved into Iraqi Kurdistan. They have crossed an international border to be sure, yet it is, in the Kurdish world view, a passage from one part of their homeland to another. The Kurds disregard these frontiers, imposed on the Fertile Crescent almost a century ago by Anglo-French power.

No Kurd is lamenting the erosion of the borders in this tangled geography. The partition of the successor states of the Ottoman Empire brought the Kurds grief and dispossession. The Persians, Turks and Arabs secured their own states. Indeed, the Arabs were bequeathed several states in the geography of “Turkish Arabia” that runs from the Iraqi border with Iran to the Mediterranean.